I recently went to Lava Rock for the first time. I was a bit skeptical since I’ve heard such mixed reviews but tried it on my own. I went on a weekday, right as they opened. It wasn’t too busy and there was only one other table. Service was average, but I could see it being very slow if there were more patrons, as there is only one server who has to wait on all the tables, and make the drinks. 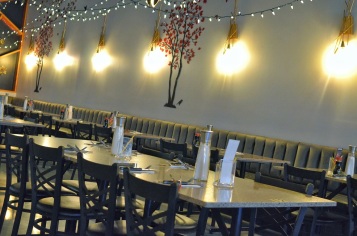 For AYCE, you get to choose a protein for the lava rock. Either New york Steak, filet Mignon (for extra), lamb, fish, shrimp, or duck breast. We opted to go with the duck breast. 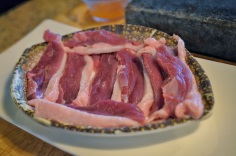 I’ve heard people complain that their rock wasn’t hot enough to cook their protein, but I was able to get nice browning on both sides of my duck, so it wasn’t too bad. 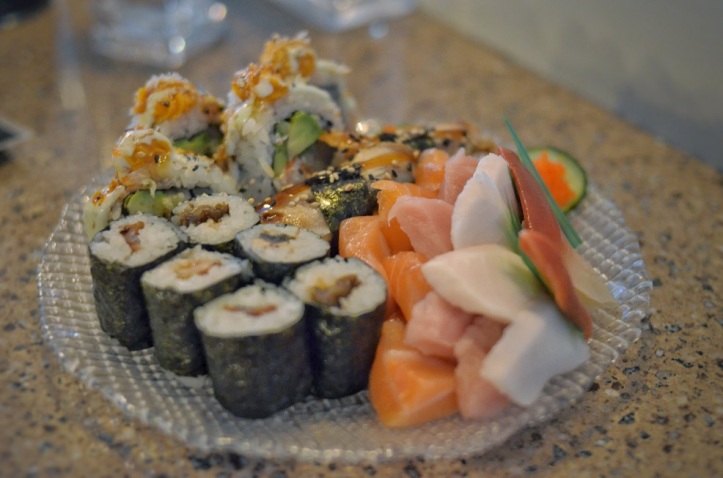 Their sashimi was relatively fresh and tasted good. There are your usual fish, salmon, tuna, white tuna, surf clam, etc. Overall, not bad. A lot of people come primarily for sashimi, and the added protein is nice. 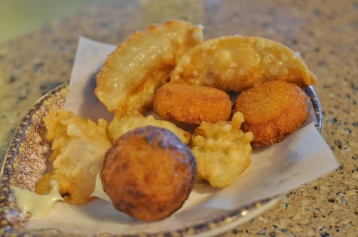 The pieces of eel that they gave for their nigiri were quite sizeable, and the chop chop was pretty good. 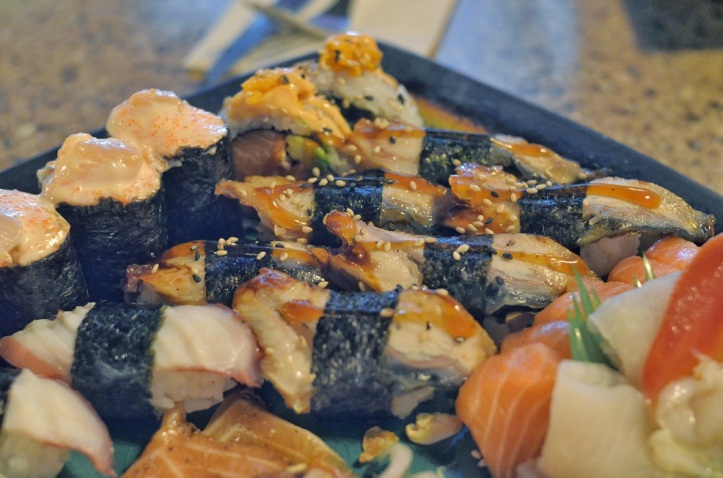 Overall, I had an okay experience at Lava Rock. I liked cooking my own meat on the lava rock, but I found their lack of options for kitchen items a deterrent for future visits. I would much rather go to Tokyo Noodle Shop for their AYCE. Check it out for yourself! It’s not a bad option on the west side. All of the AYCE are pretty spaced apart, and I would honestly just lean towards the one that is closest.