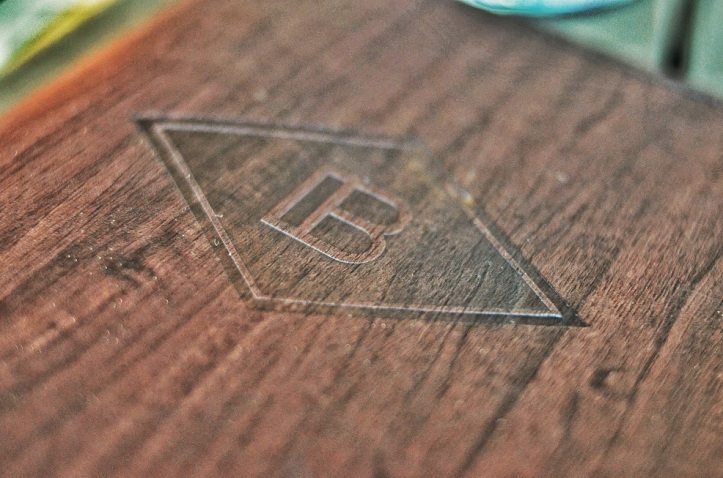 This has been a long overdue post. I’ve been to Biera a few times now, but usually in the evening and my photos didn’t turn out the way I wanted. Recently, I came back and sat on the patio on a beautiful spring evening and managed to get a few better photos. It was such a beautiful evening we decided to get a bottle of wine to share. Biera has won several different awards in the last few years, from being in the top 30 of Enroute Magazine for Canada’s Best new restaurant, in 2018, and then #61 in another Canada’s 100 Best restaurants in 2019, to Avenue’s magazine for best overall restaurant in Edmonton. 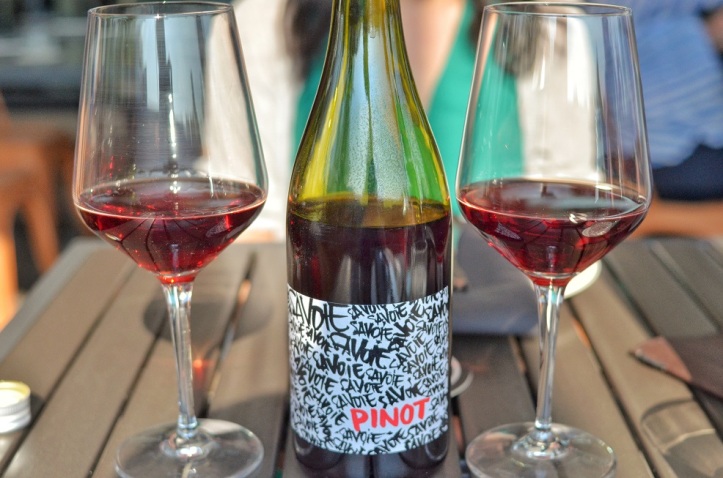 Biera is located in Ritchie Market, and there’s plenty of street parking around. I really like this neighbourhood! There’s Transcend in the market, and Farrow’s nearby, and some really great biking trails. Overall, a great neighbourhood. 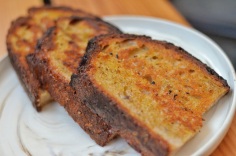 To start, we got their Grass-Fed Beef Tartare. It comes with a smoked beef fat emulsion, horseradish, and nasturtium. This was by far my favourite dish. This was probably the best beef tartare that I’ve ever had. The best part was the beef fat emulsion which gave the dish an incredible texture and mouthfeel. An amazing dish, and one that I’ve tried recreating at home.

The other appetizer that we got was their B.C Dungeness Crab salad. Though there was a copious amount of crab, it was difficult to taste over the sauce. The dish was light and refreshing but not on the same level as their beef tartare.

One of our entrees was the Glazed Alberta Duck Breast. This comes with a Rhubarb & salted plum Jus which really cut the richness of the duck breast. The skin had a nice sear and the breast was cooked to a perfectly. The dish also comes with a crispy duck leg confit which was nice and crispy. 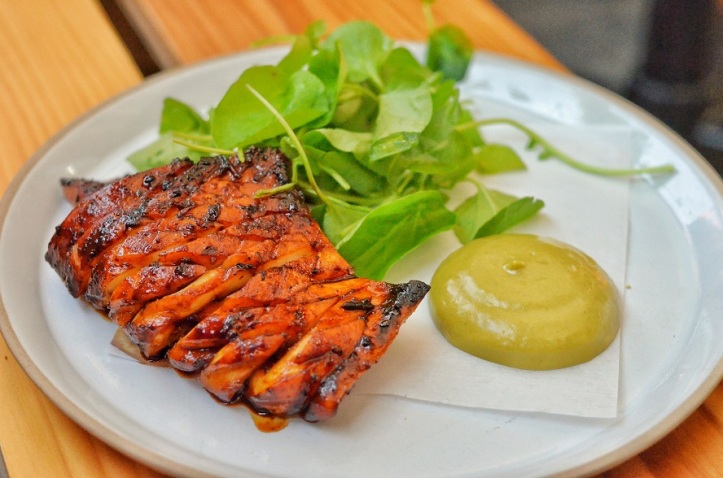 Our other Entree was the Wild B.C. Humboldt Squid. Served with fermented chili, a black garlic glaze, and a seaweed aioli. The Seaweed aioli was my favourite part of the dish. It went nicely with the squid, which was cooked until tender. Overall another great dish.

Overall, I had a great meal at Biera. It was lively, the service was great, and the food was amazing as well. If I lived in or near the neighbourhood I would definitely stop by more frequently! Definitely check it out if you haven’t tried it yet, and do not skip out on the beef tartare!