A couple of weeks ago, I went to Chicken For Lunch for the first time. There’s a lot of buzz about this place, or well, there used to be for a while, and they still do have quite the following. It’s located in the basement of the Scotia Building Downtown, in a small food court.

There’s quite a bit of backstory that goes along this restaurant (all googleable), but the gist of it is that it’s a long standing family-owned restaurant, who also own The Lingnan, and The Lingnan Express in St. Albert. The Lingnan always has a booth at Taste of Edmonton, where you can give their dry spicy chicken a try!

It’s open from 6:30 AM to 1:30 PM, so you can get it for breakfast or lunch. The line up for lunch gets quite backed up, so I’d recommend trying to skip the rush if you can and go a little bit before noon.

To be completely honest, I was a bit overwhelmed by my first experience. There are so many “options” listed on their menu, and on the back, but when I got to the front, I was only given the option of how spicy I wanted my chicken with the assumption that I was going to get the lunch special (which 90% of people get). The lunch combination comes with rice, noodles, and a spring roll. I ordered two mild chickens and a spicy one since I was picking up lunch for my friend, Jamie.

There were different noodles in each box, even though we essentially ordered the same thing, and there seems to be some poor QC/QA. I know they were just trying to pump out as many customers as possible because the lunch rush was starting to form behind me, but I still would have liked to have been able to customize my order a little bit. They have a bunch of premade boxes with rice and noodles in the back so that they can just pump and dump a bunch of chicken in and move you along. I might considering coming back at an odd time like 9 or 10 just to see what else I can get. 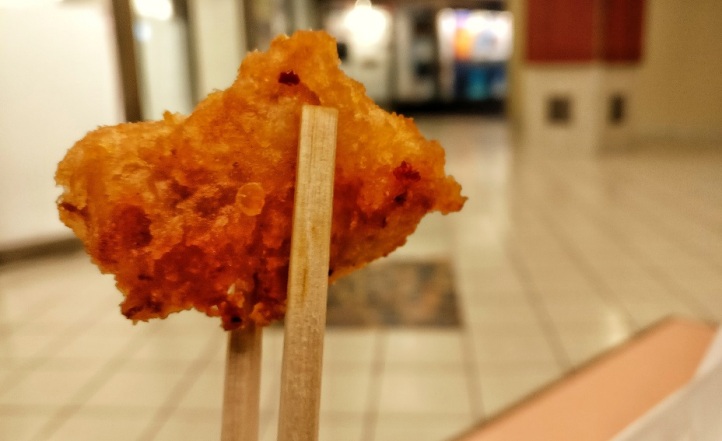 As for the meal itself, it was decent. Not the best westernized-chinese food I’ve had, but not the worse. For the price you pay (~$9), it’s definitely a pretty good portion. I liked that the rice wasn’t too oily, and the noodles were quite good as well. The springroll was a nice bonus, but nothing amazing either. I would say, that it’s a great lunch alternative if you live in the area, but for myself, it’s not super convenient to get to. If you’re there, and haven’t tried it, it’s a good place to try just for the novelty.