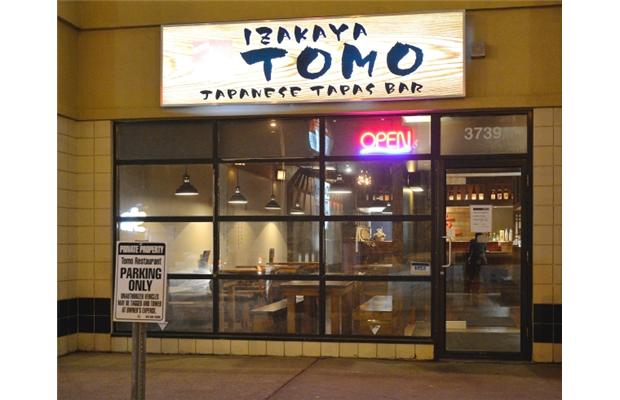 I have always wanted to go to Izakaya Tomo but I’ve never had the opportunity or occasion to travel to the South side, but let me tell you, it was definitely worth it. Japanese food is definitely one of my favourite types of food. I’m a lot more familiar with sashimi and sushi but Izakaya Tomo specializes in small appetizers and hot foods. Izakaya is a compound word that literally means “to stay” and “sake shop” (Thanks wikipedia!). They have a large list of beer, sake, and sochu. I can’t really comment on any of those because I went there mainly for the food, not for the drinks. Their food items are on the smaller side, so you can get a lot of different things and snack while you drink. 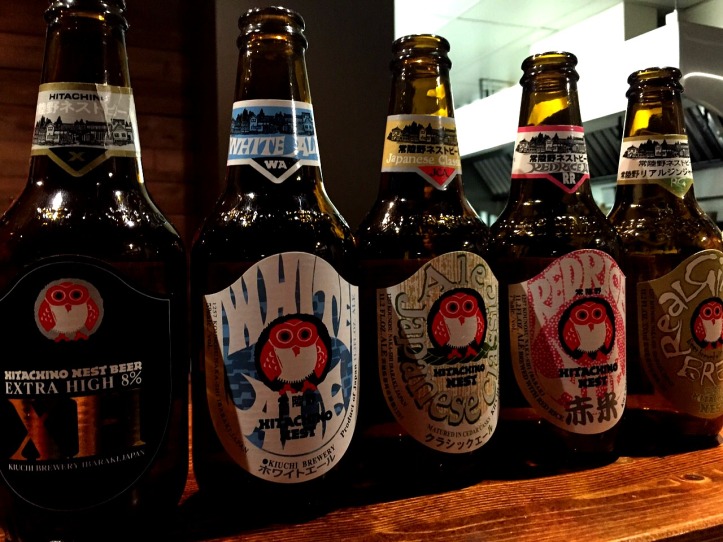 It’s located on the south side of Edmonton, kind of in the industrial region. There is a fair amount of parking there, so it was relatively easy to find a spot to park. The outside of the restaurant is nothing extravagant. Once I stepped inside, I was immediately greeted by the staff at the back with “Irasshaimase!” which means welcome (which happens at most Japanese restaurants. It was a lot longer than I expected, and the restaurant was completely full. I tried to make reservations there once, but they said that they were completely booked up, but I could try my luck with coming because they do have some seating for walk-ins. I went with my sister, Lequyen, and when we got there, the bar was all that was available. I took advantage of where I was sitting a took a picture of all the different bottles before me.

The menu was  relatively big, having lots of different items to choose from (salads, sushi, sashimi, udon, rice, and their ‘tapas’ or appetizer items. After looking through the menu, we decided to get just a handful of items. Hopefully I can come back some time soon and try the rest!

So first off we had the seaweed salad. It was nothing amazing. It was relatively simple and fresh. It had a good texture and I kind of snacked on it throughout my entire meal and used it as a mini palate cleanser. No complaints here!

This is the beef tataki. It’s beef that has been briefly seared and then thinly sliced and served with a butter ponzu sauce. I’ve had beef tataki at many places in Edmonton, it’s one of my go-to appetizers when I go to a Japanese restaurants. It was relatively good. The pieces of beef were a lot thicker here than at most of the places I’ve been before. The ponzu sauce was okay, nothing great. I think overall I’ve had better beef tataki, but it was relatively cheap for what you get.

Then we had small order of tuna sashimi. We weren’t super hungry, otherwise we’d order more sashimi, or an assorted plate. Izakaya Tomo doesn’t specialize in sushi or sashimi and from previous reviews, I wanted to stick to their other foods. If I have to pick either tuna or salmon, I usually pick tuna. I find that it’s a lot more tender and I like the mouth-feel of it much better. It was really fresh and tasty! Not too fishy, and just the right tenderness.

I also ordered the cripsy Tako Yaki. Tako Yaki is a popular dish in Western Japan. Basically it’s pieces of octopus that is battered and then fried and served with bonito flakes and a japanese mayo. It came out ridiculously hot, possibly because my close proximity to the kitchen, the bonito flakes on top were dancing around from the heat and moisture. There was a good ratio of dough to octopus. The dough was really soft and goo-ey, and had a nice texture. I think this was one of my favourite things, I definitely recommend getting this.

Finally, we decided we wanted to at least try one of their rolls. They just have basic maki, nothing that’s unique. They do however have a tempura shrimp roll, kind of like a dynamite roll, but with your choice of topping. I think usually the toppigs are tobiko, or slices of salmon, but I am a huge eel lover so I asked for some unagi on top! It comes at an extra cost, but it’s well worth it! It came with nice thick pieces of eel and I really liked the ability to customize the roll.

Overall, I’d say this was a really good experience. I’d definitely recommend making a reservation first (if you can) because it gets really busy there in the evenings/weekends. There’s so many different things there so I would come hungry so you can try lots of different things! I do have to give the advise of some restraint though, because even though it is cheaper fared food, it can rack up pretty quickly with couple dishes here and couple dishes there, etc.

I went here again recently, and just wanted to update my post. I had the same classics that I always get (Tako Yaki), and this time, I got the Tuna Yukke and Simmered Pork Belly.

The Tuna Yukke was pretty decent. It’s a Japanese-style tuna tartar topped with a fresh egg yolk. The texture of it is kind of strange if you’re not used to it. It’s really light, and goes really well with the deep fried spring roll skin. Not a bad dish at all to start off your meal!

The other dish that I got was the simmered pork belly. I love pork belly, and I’ve eaten it so many different ways. There’s similar chinese and vietnamese versions of simmered pork belly, so I was really excited to try it. This was so amazingly tender and melted in your mouth. There’s a bit of daikon radish served with this, and it gives the broth a little bit of flavour. It gives a nice contrast when you eat it with the meat. This dish is definitely one of my favourite things to get here now!

A little while ago I came back to Izakaya Tomo! I usually like to come here once every couple months to try some different things! So this time around, I got the spicy Tuna, Tako Wasa, Tamago don, and another few of my favourites!

This is their Spicy Tuna! A generous dollop of spicy tuna served with a crispy wonton wrapper. Really nice and fresh, and hits the spot. I really liked this, a would definitely get this again. It had a nice kick to it, which is nice because I find that some spicy tunas can be pretty tame.

The next dish we got was the Tako. This was really light and refreshing. It’s bits of octopus served with a wasabi-based sauce. It’s really nice to nibble on throughout your meal. It was perfectly seasoned, not too spicy or bland. It is a small portion but it goes a long way!

This is their Tamago don! Really nice and flavourful. The foam has a unique taste to it, and the yolk is very rich and delicious! Also, for 4.95, this is a steal! Great dish to try.

Lastly, we got the sweet potatoes with vanilla ice cream. This is the first time that I’ve ever gotten dessert here, and it doesn’t disappoint! It comes with a generous amount of sweet potatoes and ice cream, and it’s topped off with crystallized and stretched sugar! I really liked the presentation of this dish. Definitely a good way to end your meal.